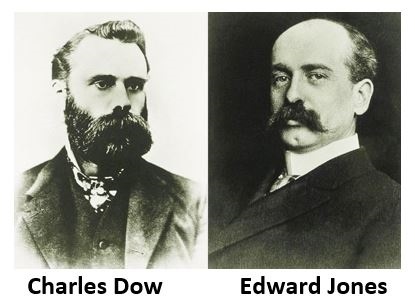 What is an Index?

When you turn on your television or radio and hear “Index this” and “Index that”, have you ever wondered what are all these “indices” are? You know it has to do with finance and stock markets, but never given it much more thought than that?

Let’s take a look into what is an Index? Financially speaking, the definition on an “Index” is a statistical measure of changes in a portfolio of stocks that represent a portion of the overall market. BASICALLY, it is simply a way to track stock market performance.

Now you say to yourself, “but why can’t I just measure performance by the color? If it’s Red or Green?” Well, you can, but just because a particular stock or fund is up or down, it does not have much weight unless it affects your investments.

How about we take a few steps back and take a look at the first Index and how it came to be...

In 1896, Mr. Charles Dow started an “Index” to monitor the 12 largest companies in the U.S. He added up the worth of those companies and then divided by 12, and there ya’ have it! An easy way to measure the performance of these collective companies; the first financial Index!

Charles Dow then met Edward Jones and they decided to become partners which led to the creation of the current Index still prominent today, the Dow Jones Industrial Average. Although it is a bit more complex today with computerized analytical calculations, the idea is still the same.

The “Dow Jones Industrial Average” (also known as: DIJA) tracks the performance of the 30 largest and most influential companies in the United States. So, when you see the Dow “sky-rocket” past a new record, that does not always mean that ALL OF YOUR investments are “sky-rocketing” as well. It is those 30 company’s stocks who are moving higher. It does however, suggest that the more influential companies are doing well and that is always a good sign for the economy.

Standard & Poor’s 500: You guessed it, 500 companies are in this index of major U.S. companies

Russell 2000: Approximately 2,000 small cap companies (companies whose worth is $2 Billion & below)

There are approximately 80 Indices in the U.S., but there are hundreds throughout the world!

* All investing is subject to risk, including possible loss of principal. Past performance is no guarantee of future results.