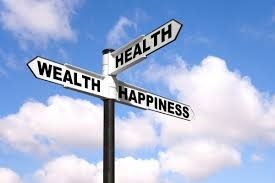 Interest rates, as measured by the ten-year Treasury yield, were slightly higher for the month, at 2.42% compared to 2.38% at the end of October.  Rates have stabilized somewhat as current inflationary data remains benign.  However, there are still concerns that rate increases from The Federal Reserve Board (Fed) and long-term inflation could create a scenario with rising long-term interest rates.

Previously, there were expectations of a hurricane-induced slowdown.  However, economic data has remained robust with strong consumer sentiment, a strong housing market, and generally improving employment data.  In hindsight, it seems we have had just enough economic growth to foster continued growth in corporate earnings, but not so much growth as to create worries over inflation.

Tax reform could represent a boost to corporate earnings and Gross Domestic Product (GDP).  Most analysts feel that tax reform has not been priced into current equity levels.  Ultimately, earnings should dictate long-term trends and strong sales and/or corporate tax relief should contribute to better earnings.

Downside volatility has remained low and we remind investors of the possibility of a correction.  Indeed, it has been many quarters since equity markets have seen multiple quarter declines with totals in the double digits.  We remain diversified to protect against a correction and continue to search for undervalued assets and non-correlated sectors to reduce risk.